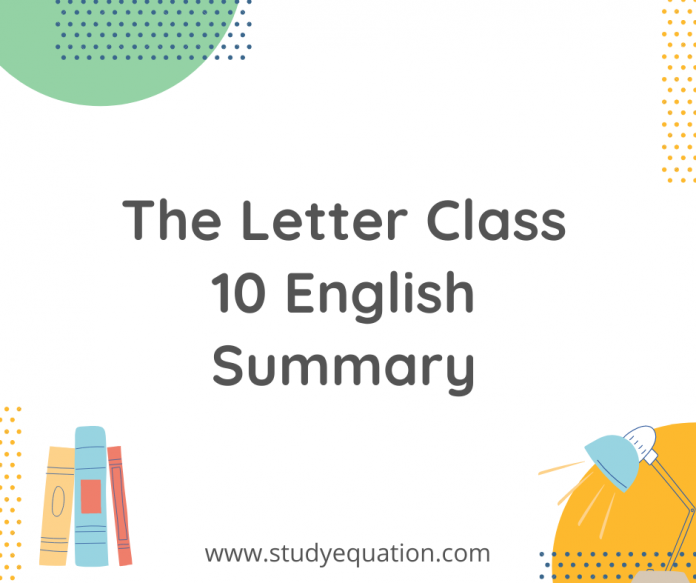 This chapter is about a father and his love for his daughter. The father was also a hunter when he was young. When the evening of his life came upon he started to understand how love and life with all other emotions are interconnected.

The people at the post office continued their regular duties and thus they knew that the old man would come on time to visit them. They called him a lunatic, a mad man and other names. They made fun of him for waiting for letters that never came for him. The father did not pay any attention to them and used to ask them if they had seen his letter from Mariam.

Mariam was the daughter of the old man. She was married and went to stay at Punjab. The father did not have anyone else than her. Also, he did not hear from her since the last five years and thus always longed for her letter.

The old man was a hunter when he was young and used to hunt down animals. But since Mariam went away, he did not like to hunt anymore. He felt the sadness the animals felt when their children or parents were taken away. He could not bear that in his heart and thus gave up hunting. Then he took a totally different turn and led an ordinary life. People in the post office said that since he had committed many sins thus his life was becoming the way it was.

The old man then understood the meaning of love and separation followed by grief. One day he was very sad and wept under a tree thinking about these things.

One of the clerk’s came up to Ali and then Ali gave the clerk five golden guineas and told him to send him the letter when it arrives. The clerk asked for his address and Ali said to give the letter to his grave. He also said that he knew he would not even live for one more day. Then Ali went away and no one saw him again. They also did not trouble themselves to look after him.

One day the postmaster came to the post office and sat there anxiously waiting for a letter from his own daughter. She was ill in another town. The postmaster saw an envelope from a residential area and quickly flipped  it to see if it came from his daughter. But surprisingly it was adressed to Coachman Ali from Mariam. He was shocked and was feeling sad. The postmaster called the clerk and asked him to find out ali’s address.

The postmaster now understood Ali’s feelings as he was waiting for his daughter’s letters all the day. He had a lot of sympathy for the old man. The next day he thought that he would give the letter to Ali himself. The clock struk five and there was a knock at the door. He knew it had to be Ali. The door flung open Ali was standing there supported by his stick. The postmaster went on to give him the letter. Then it struck the postmaster that Ali had taken some unearthly form. Then the clerk came from another room asking the postmaster about some daily quiries. He found that the postmaster was astonished and stared at the door for no reason.

Q. Answer the following questions by ticking the correct options:

(a) Ali’s walking to the Post Office daily even in biting cold weather shows his strength of will.

(b) The Post Office is referred to as Ali’s “place of pilgrimage” as he went there with faith and hope.

(c) The Post Master’s rudeness to Ali reveals his lack of empathy.

(e) “Tortured by doubt and remorse, he sat down in the glow of the charcoal sigri to wait.” The Post Master was waiting for a letter from his own daughter.

Ans. Ali was a hunter and a father. He went to the Post Office daily to hear from his daughter.

(b) “Ali displays qualities of love and patience”. Give evidence from the story to support the statement.

Ans. Ali displays qualities of love and patience. Ali just started to feel lonely after the marriage of his daughter as he did not hear from her since five years. So he started to understand love for others and the art of empathy.

(c) How do you know Ali was a familiar figure at the post office?

Ans. We get to know that Ali is a familiar figure at the Post Office because the employees at the post office saw him everyday and called him a mad person.

(d) Why did Ali give up hunting?

Ans. Ali got to know that love of family is the most important thing on the planet. He knew how it was like to stay away from family members, thus he gave up hunting, as in hunting animals lose their partners or children. He understood the pain.

(c) What impression do you form of the postmaster after reading the story ‘The Letter’?

Ans. We get to know that the postmaster was a person who lacked empathy.

(f) The postmaster says to Ali, “What a pest you are, brother!” Do you agree with the statement? Give reasons for your answer.

Ans. We can not truly blame the postmaster because he was in a hurry too. Everybody has their work to do and Ali was bothering him and taking up a lot of time.

Ans. Ali was unwell and he got to know that he did not really have much time left so his patience was exhausted but he still had faith.

Ans. The post master was tortured by doubt and remorse because he could not help Ali when he lived and moreover made fun of him.

The postmaster was waiting for a letter from his daughter.

The Letter by Dhumaketu is a beautiful story that shows us the value of family and time. We might feel sometimes that these two things are not important for us but its absence bothers us. The feelings we have should not be hidden and we should give our love and compassion to the ones who need it. We should help others whenever we can too.