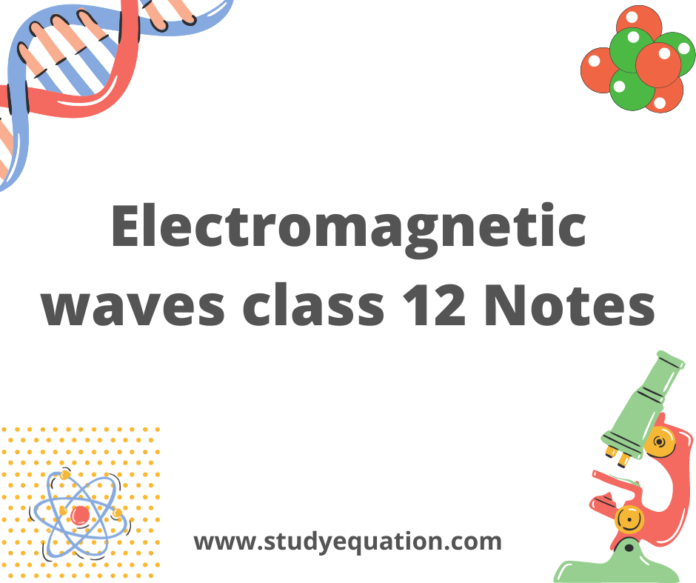 Electromagnetic waves class 12 Notes : These waves are produced due to the change in electric field E and magnetic field B sinusoidally and propagating through space such that, the two fields are perpendicular to each other and perpendicular to the direction of wave propagation.

The electric field Ex is along the x-direction and the dotted curve shows magnetic field B which is along the y-direction. Both E and B vary sinusoidally and become maximum at same position and time. As E and B are mutually perpendicular to each other, so they are transverse in nature.

Some features of EM waves are given below

The orderly arrangement of EM waves in increasing or decreasing order of wavelength l and frequency n is called the electromagnetic spectrum. The range varies from 10 -12 m to 104 m, i.e. from g-rays to radio waves.

The electromagnetic wave spectrum is shown below :